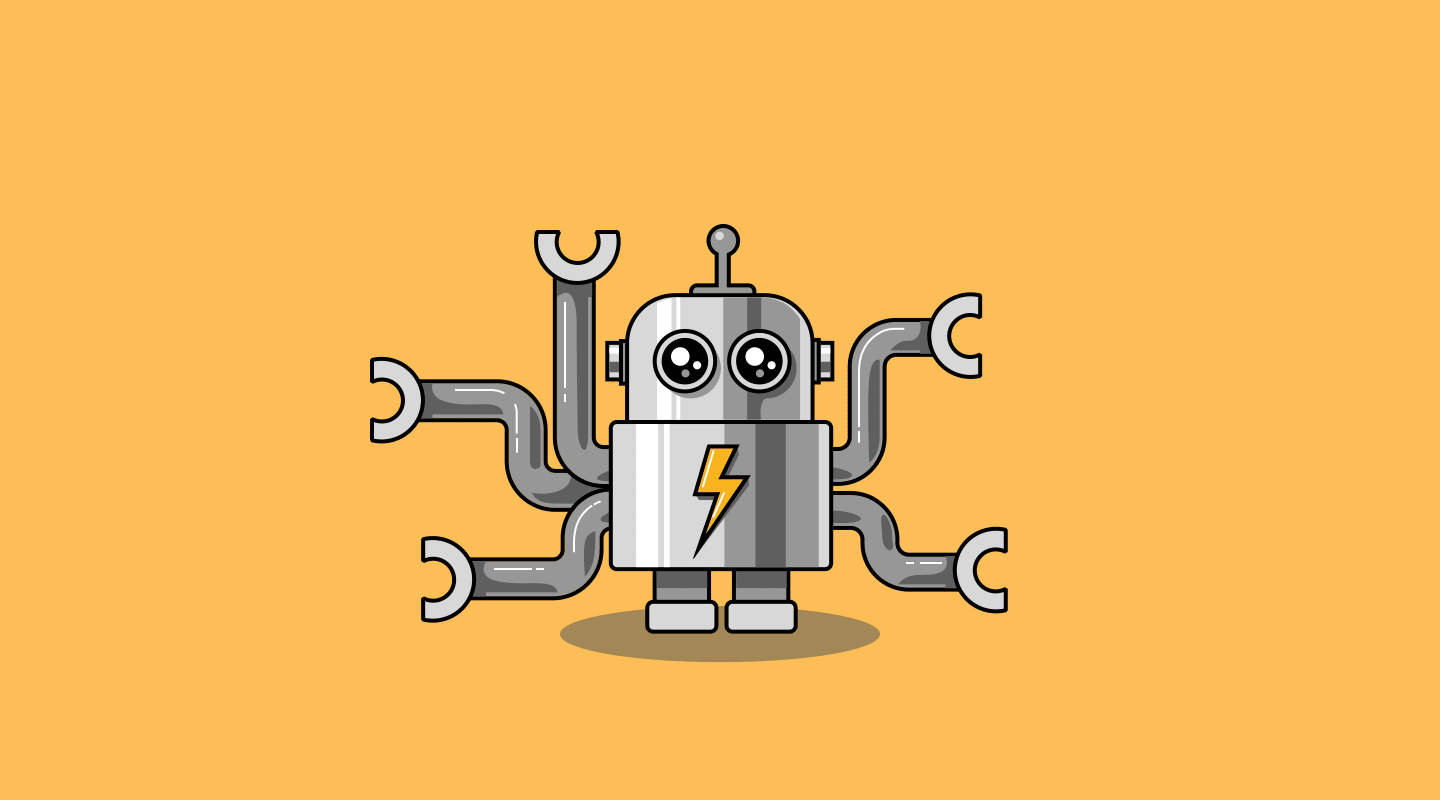 The way we search has changed a lot in the past decade. The original function of the Enter key was to begin a search, today it’s used to select a result that’s already been displayed. The type of information that people search for has changed too.

Today’s search engines are used for much more than just web sites and documents—they’re also used to find specific items like people, places and products.

The Algolia engine was designed with both of these trends in mind. Algolia’s sweet spot is providing instant, relevant access to millions of small, structured records (and now from anywhere in the world). In this blog post, we’ll talk about how the Algolia engine computes textual relevance and why it works well for exactly these kinds of records. By textual relevance, we mean the letter and word-based aspect of ranking query results. Textual relevance does not include business relevance, which is used to provide a custom ranking based on non-textual information like price, number of followers or number of sales.

In a previous post we discussed how our ranking formula works, specifically how it uses a tie-breaking algorithm to rank each component of textual relevance one-by-one. In this post, we’ll look at each of the five individual components it uses in detail: number of typos, number of words, proximity of words, importance of attributes and exactness.

1. The five components of textual relevance

Each of these components address a unique relevance challenge while also playing their part in the global relevance calculation.

The number of typos criterion is the number of typos in the query when compared with text in the record. This criterion allows you to rank results containing typos below results with the correct spelling. For example, in a search for “Geox CEO”, you would prefer to have the “Geox” result (a typo-free match) displayed before “Gox” (a 1-letter-off typo). This example has a twist—”Gox” is not actually a typo in the usual sense (it’s a correctly spelled proper noun) but it’s still possible that a user could have mistyped “Geox” when searching for it.

The number of words criterion is the number of query words found in the record. This criterion applies when the query is performed with all words optional (a.k.a. an “OR query”), a technique commonly used to avoid displaying no results. Here’s a simple example. If you search for “supreme court apple” you would prefer to have the first record before the second one as it contains all 3 of the words in the query.

The proximity of words criterion is the distance between the matched words in the result. It’s used to rank records where the query words are close to each other before records where the words are farther apart. In the example below, you can see two different results for the query “Michael Jackson”. In the first record, the proximity criterion is 1 – the terms ‘Michael’ and ‘Jackson’ are right next to each other. In the second record, the proximity criterion is 7 because there are 6 words between the matching terms. A lower value is better, i.e. records with a lower proximity value will be ranked about records with a higher value.

The importance of attributes criterion identifies the most important matching attribute(s) of the record. Since records can contain more than one attribute, it’s not uncommon for one query to match multiple attributes of the same record or different attributes of different records. However, a match of one attribute might be more important than another when it comes to ranking, and that’s precisely why we have the attribute criterion. An example is shown below. Given a query for “Netflix” in a collection of articles, you’d want the title attribute match to carry more weight than the description attribute, hence the title-matching record is displayed first.

The exactness criterion is the number of words that are matched exactly. This criterion is very important for building quality instant (search-as-you-type) experiences because it’s important to display full-word matches before prefix matches. See the example below. If you search for “Prince”, you want the exact word match to appear before the match where “Prince” is being considered as a prefix of “Princess”.

2. How the criteria are computed

We’ve just seen what each criterion does and how it can be used to influence the ranking of search results. Next, let’s look at how the five criteria are computed and what we’ve done to make their computation efficient.

2.1 Computing the number of typos

In our previous post about Query Processing, we explained how alternative terms are added to queries. For each alternative term, we also have an associated number of typo criteria (which corresponds to the edit-distance). This value of the overall typo ranking criterion is the sum of all typos used to find the match. For example, if the record is found via 2 words having 1 typo each, the typo criterion value will be 2.

It’s a very good practice to have this criterion at the top of the ranking formula. However, there is one exception: typosquatting. If you operate a service with a lot of user-generated content, you might already be familiar with this problem. Let’s take Twitter as an example. If you search for “BarakObama” on Twitter (note the typo), you would want the official @BarackObama account to appear before the typosquatting account @BarakObama. However, today it does not (as of June 2016). Typosquatting is a complex and difficult challenge.

One way that we recommend to handle typosquatting is to add an isPopular boolean attribute to the record of popular accounts and then to put it in the ranking formula before the typo criterion. On Twitter, isPopular could be set to true if the account is verified. This approach ensures that the official account with a typo will be displayed before any typosquatting accounts, no need to hide any results. For this approach to work well, the number of records with isPopular set to true should be a relatively small percentage of the dataset (less than 1%).

2.2 Computing the number of words

Computing this criterion is relatively easy, it’s just the number of words from the query that are present in the record. Each word might be matched exactly or matched by any alternative form (a typo, a prefix, a synonym, etc.).

The position of the words criterion in the ranking is important and will impact results. For example, the query “iphone case catalist” with all terms as optional will have two different ways to match the record “Catalyst Waterproof Case for iPhone 6/6S Orange“:

Because of situations like this, we usually recommend against performing queries with all terms optional. Instead, we recommend using a specific query parameter that we’ve added to the API to help with these types of situations. The removeWordsIfNoResults parameter instructs the engine to first test the query with all terms as mandatory, then progressively retry it with more and more words as optional until there are results. This parameter gives us the best of both worlds (predictable behavior and always showing results) and also does not pollute faceting results. When all terms are optional there is a large increase in the number of matched records, as only one matching word is required to add the record to a facet. For example, in a query for “iphone black case”, any black item will be matched which will have a big impact on the quality of the faceting.

2.3 Computing the proximity of words

The computed proximity between two words is capped at 8. If the words “apple” and “iphone” are separated by a distance of 10 or 100 words, the distance will still be 8. The goal is to avoid creating different proximity values for words that are not used in remotely the same context. In practice, 8 words is a sizeable distance between any 2 words, even when it’s mostly common words between them. Capping the maximum proximity has two other advantages:

2.3.1 How word positions are stored

As we index a document, we assign an integer position to each occurrence of each word. For example the string “Fast and Furious” would be indexed as:

Additionally, we assign positions to some word prefixes as described in our blog post about indexing prefixes.

The position is also used to efficiently store associated information:

Computing a proximity distance can be very complex when you support alternative word matching, e.g. synonyms. If you have a synonym that defines “NYC” = “New York City” = “New York” = “NY”, you would like to consider a record that contains “NYC” as strictly identical to a record that contains “New York”. We solve this tricky problem by rewriting all word positions at query time.

Time for an example. Let’s say that you have two different articles that you want to be searchable via a query for the “New York subway”. You would like the proximity distance calculation to be the same between them. Here are the article titles:

In order to avoid this inconsistency, we rewrite positions using a multi-word expansion. For the “NYC subway” query, we apply the following transformation:

When computing the proximity score, we don’t want to be misled when different parts of the search expression are found in different attributes of the record.

2.4 Computing the most important attributes

As a reminder, the attribute criterion lets us say that a query match in some attributes is more important than others.

An example—if you index the title attribute as ordered and description attribute as unordered, the query “Netflix” will return the following 2 records in the order displayed.

2.4.1 When proximity is before attribute in the ranking

There are two strategies to compute best-matched attributes and they depend on the relative position of proximity and attribute criteria in the ranking formula. Let’s illustrate them by using the query “VMware CEO” to retrieve the following record:

We recommend keeping the proximity criterion before attribute criterion. Proximity usually leads to a better identification of the best-matched attribute.

2.5 Computation of the exactness criterion

The exactness criterion represents the number of words that match entirely, not one as a prefix of another. This criterion works well when the query contains several words but the one-word case requires a modified approach. In an instant search use case, if a user has typed “was”, there is a greater chance that he or she might be in the middle of typing a search for “Washington” and not just stopping at the verb “was”. Displaying “was” before “Washington” in the results at that moment would not be ideal.

We have implemented three different ways to compute the exactness criterion for a single word query, each specified via the exactOnSingleWordQuery parameter:

The five components of textual relevance we’ve discussed are uniquely designed for small, structured records. A few of them require some fairly complex processing, like the query-time rewriting of word positions for multi-word alternatives, but we think that having an approximation-free, exact value computation is worth it.

If you don’t automatically have small, structured records—i.e. if you’re starting with documents or long blocks of text—we recommended splitting them into multiple, shorter records. One record per paragraph is a good rule of thumb. This is the approach used by our DocSearch project, which crawls web pages containing technical documentation and can generate many records per page. DocSearch is now powering the search of 150+ open source projects, so there are lots of places you can try it out.

We’re constantly seeking more ways to customize relevance for advanced use cases. Some of the parameters presented in this post have been added to the API recently and several new parameters are currently being beta tested.

Relevance is our passion and we love to be challenged. Feel free to contact us if you have a complex use case with relevance issues, we’d be happy to help!